1981 White VW rabbit. 1.5D engine. The short of it is that the engine came out of a car that a tree fell on. Engine has low miles around 130,000. Body had a 1.6D that the previous owner pulled out. I dropped in the 1.5 and added a kit that runs on used Vegetable oil. The veggie oil tank in the back holds about 8 gallons and is made of food grade stainless steel, then painted black. The tank is heated by a copper coil that is heated by the waste heat leaving the engine through the head and the water pump.
Interior- is in awesome shape, no rips or tears in the seats. Dash does have the usual cracks in it but has the carpet cover. This was the fully carpeted interior so the trunk space is even carpeted, except where I trimmed it for the tank to fit in nice and tight. Switch for the veggie kit is trimmed right in to the fake wood grain dash (middle switch). This is a three way switch that runs both the veggie oil and the purge system, basically go to greasecar.com if you want to see exactly how the kit works. I am using there switch and valves, but the tank and fuel filter I made.
Exterior-Body is in excellent shape! The car is not perfect, on the Passanger side there is a dent right behind the front wheel well a flat tire hit the underside of the quarter panel. You would never know it was there unless I showed you. Few little splotches of surface rust but nothing to be concerned about. Hood and Tail gate are light tan and the rest of the car is white. Looks fine though. This car is an excellent candidate for a daily driver, road trips, and or a nice paint job. Bumpers are straight, brand new tires about 20 miles on them, new battery, various new parts where necessary, timing belt, water pump, fuel screw is turned up a bit. It runs 70 mph in the flats no problem. Only trade I will consider would be this rabbit and cash for a nice, low mile 96 passat TDI Wagon (wagon only I already have a sedan grease car).
Also car was A/C but I took out the A/C parts to make the room for the veggie oil components. The A/C did work but has a leak in the system so it will not hold recharged. This is a common enough repair that if you live in the south and need a car with A/C you could have the system put back in. I have all the parts and hoses and they are all in great shape.
Few things in the mail: I have a vegtherm on the way that will be installed and run through the grease car system set up. It is a fail safe heater so you don't ruin your injection pump. Also have a set of sport springs in the way so this will have much better handling at speed. Not sure if I will have time to get them installed but they will come with the car if you want them or I will take off the cost of the springs and keep them for another rebuild. Headliner is missing, no radio. 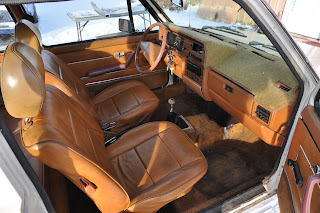 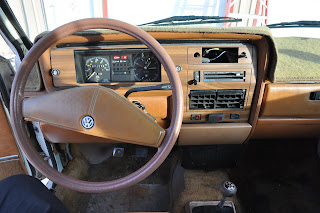 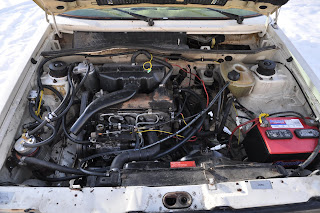 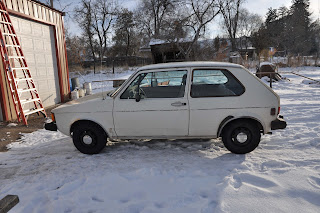 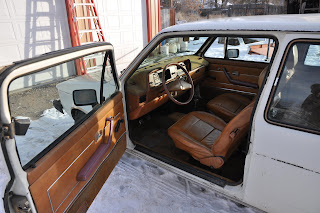 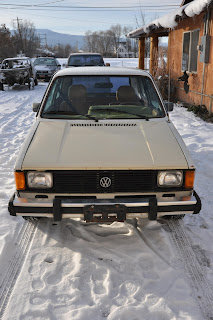