Time Flies When a House Gets Built, Loved, and Sold

I love how life unfolds in sometimes planned and sometimes unplanned ways.  It was in 2007, that the boarding school we were working for began offering a housing stipend for faculty not living in campus housing.  Russ and I thought, "Why not make the most of this and buy a house???"

At the time, Russ had spent a lot of time fixing up our first rebuilt grease truck.  There were LOTS of things that he didn't see upon first inspection that came to the surface over the course of a couple of years.

There happened to be a piece of property for sale between two campus houses (the one we lived in and the one at the other end of the block).  We then thought to ourselves, "This is perfect!  We'll still be super close to work...and if ever we decide move on, surely the school would want to buy it!"  So we took out a loan and became legally bound together (10 months before our wedding) via this piece of property in August of 2008.

It was 9 months of leg work.  We had excellent credit and we had literally done everything.  In addition to the physical planning, paperwork, and phone calls, I even mapped out the house in stones on the property.  I stood where I would stand to do dishes, sat where I would sit to enjoy the view and drink my morning tea, etc.  It was such a beautiful and love filled idea that we had taken every human footstep necessary to bring to fruition.  Yet, according to many banks, it didn't seem like it would happen.

Finally that May, 1 month before our wedding, my mom and I were making my wedding veil while waiting for a phone call from the last bank.  If that bank said no, then we wouldn't be able to build the house.  That morning I surrendered physically and emotionally.  I let go peacefully into the simple truth that if it wasn't meant to be... then it wasn't meant to be and I was finally truly okay with that.  I still remember that feeling clearly.  Sooooo, when the phone rang and the banker on the other end said that we were approved for the construction loan, you can only imagine the pure joy!  I jumped up and down like a 7 year old kid!  And then I cried!

We were married June 6th, 2009.  We went on our honeymoon for 2 weeks in Italy.  Then a week after our return, the foundation was laid and the longest and most intense 6 months of our lives began.

That previous spring I sat next to a building contractor on a flight.  When I told him that I was getting married and that we were about to build a house he said, "Well that's a good way to get a divorce! Most couples can't handle picking out paint colors and door knobs, let alone actual construction."

I laughed then and I laugh about it now, but I was not laughing in the midst of it! 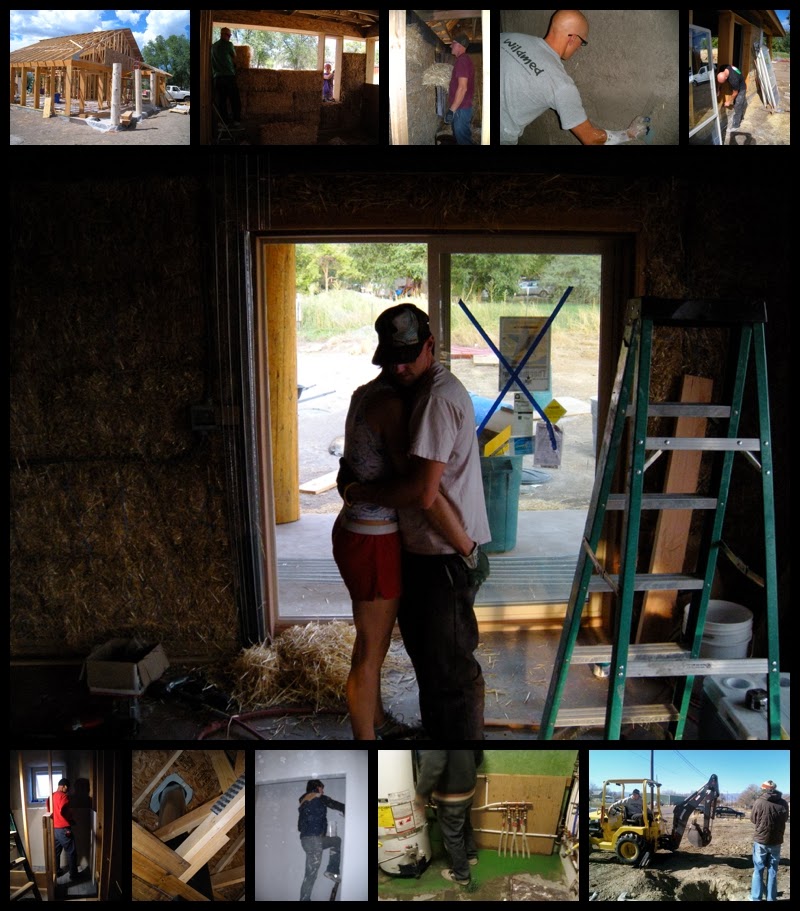 Everyday of construction we were making critical decisions that neither of us, especially me, knew for sure the best answer.  I can only imagine the stress that Russ was feeling thru it all, because I was just a helper.  On top of it all I was dealing with the first real grief I'd felt in my life.  On July 4th, 2009 my stepdad of 25 years, Casey, suddenly passed away.

In spite of all of the challenges, it was really an incredible process and labor of love.  Our friends and family surrounded us and lifted us up with their physical and emotional support. I giggle thinking about how crazy they must have thought we were!

On December 21st, 2009, two days shy of 6 months of construction, we received our certificate of occupancy!

It was like a cloud was lifted from over our relationship and our hearts.  We spent 4 incredible years in that house.  Every day I would look around in awe!  It definitely has flaws and I still think it's hilarious that it accidentally ended up orange.  But we made it and it is amazing!

Almost a year ago now, an opportunity for us to teach for a year in China came up and we knew we had to take it.  We decided we rent the house while we were gone and boy was that emotional!  The thought of letting a stranger live in the space that was built with our sweat, blood, and tears was hard.

Within two months of being in Beijing it became clear why that last night felt like the last.  We contacted our former boss to let him know that we were so grateful for the 8 years of employment and all that we learned and shared with the academy, but that we would be staying in China for more than the one year.

The school immediately said that they were interested in purchasing our house and thus the next lesson on patience and trust began.  In praying about the situation.  I thought to myself, "It was a 9 month challenge to get a construction loan for the house.  And it was a 6 month challenge to physically build it.  Neither of those things did we know how to do before we did them.  But we learned.  That being said, selling a house could also be difficult.  But I am open to the possibility of it being easy!"  I prayed that the right buyer would purchase the house for a price that worked for both parties.

It was under contract with the school for two and a half months.  We purchased plane tickets to fly home over this 2014 Chinese Spring Festival Holiday before it had officially sold.  It was a little scary but the Universe was working it all out perfectly!

We landed in Utah on Saturday night.  Sold most of our furniture and belongings on Sunday.  Signed papers to close on the house, moved our remaining items to storage, and received the bank transfer on Monday.  Enjoyed time with friends and family on Tuesday/Wednesday.  Flew back to China on Thursday.  Whew!!!! 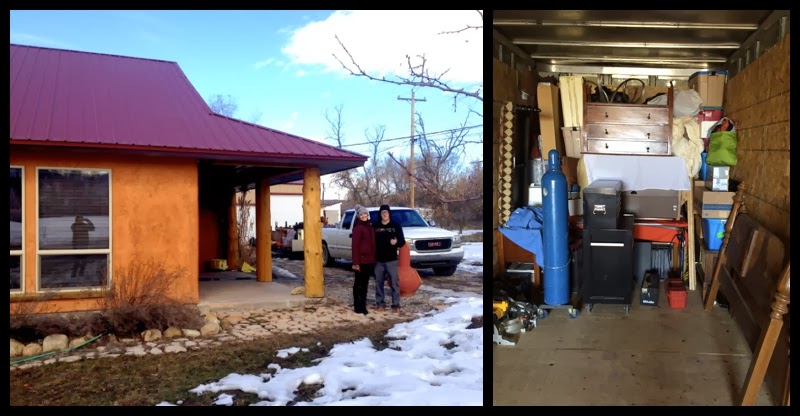 At no moment in that trip did we feel sad.  It all just felt right.  Exhausting....but right!  Time with our friends and family and dog were perfect and like no time had passed.  We couldn't be more grateful for how harmoniously it all unfolded.

While this may seem like the last post on this blog....it's not!  We still own a grease car and we plan to build another straw bale home sometime down the road.  Thanks for reading and following.  In the meantime you can find us at: www.andthentheywenttochina.wordpress.com.